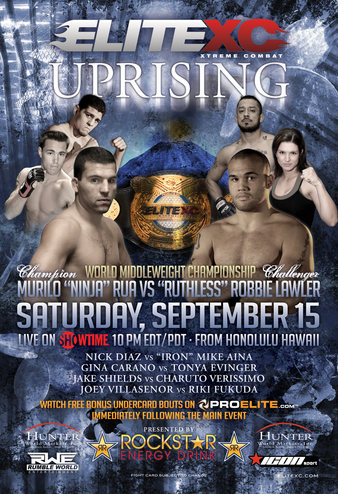 Following on the heels of its inaugural show in February, EliteXC put on its second show in September of 2007 with the main card airing on Showtime. In featured action, Robbie Lawler knocked out Murilo “Ninja” Rua in the third round, while Nick Diaz won a Split Decision over Mike Aina and Gina Carano finished Tonya Evinger via Rear Naked Choke in the first round.