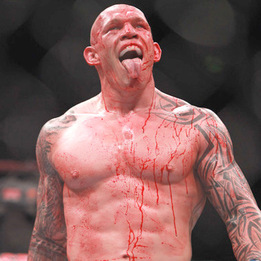 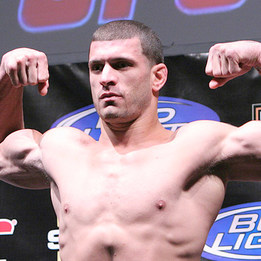 "The Polish Experiment" "The Master of Disaster" 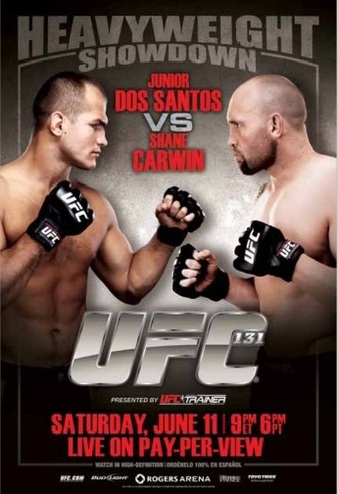 The fifth and final bout to air on the UFC 131 preliminary card internet stream featured Krzysztof Soszynski taking on Mike Massenzio in a light heavyweight contest. Massenzio took the fight on just a few days notice. Soszynski came into the bout 5-2 in prior UFC fights, while Massenzio was 1-2 with the UFC.

Massenszio came out looking for a quick takedown but got back up to avoid a kimura from Soszynski. The fighters clinched against the fence, Soszynski broke free and landed some nice jabs, and Massenzio landed another brief takedown. Soszynski landed a pair of low kicks and then a series of punches that cut Massenzio open. A well-timed shot from Massenzio put Soszynski on his back just as he landed a low kick. Back standing and Soszynski stuffed a pair of takedowns and landed some good punches.

Massenzio worked hard to try and wrestle the fight down with a single leg to start round two but had no luck. Mike Massenzio kept trying to pull the fight down from his knees, dove forward for single legs, but got nowhere as Sosynzki sprawled out and put his weight on top. The round saw little action other than Soszynski effectively avoiding takedowns and landing occasional strikes.

Early in the third round Soszynski was able to get side control after a failed takedown from Massenzio. Massenzio turtled up and was able to neutralize any submission attempts, but Soszynksi was still able to maintain dominant position throughout. Soszynski landed a series of brutal knees to the body and then attacked for a guillotine choke when he saw a brief opening, lost position and both fighters stood up. Massenzio deserved credit for stepping up on late notice and working hard the entire fight, but just couldn't get much going against the much larger Soszynski.

The judges scored the bout 30-27, 30-26, and 30-27 all in favor of Krzysztof Sozynski, who in his post-fight interview with Joe Rogan commented, "All of a sudden on Monday I got word that I don't have an opponent and I have to fight a wrestler... I was getting prepared for one thing and I have to get in there for something else, but I'm an MMA fighter and it's all good."