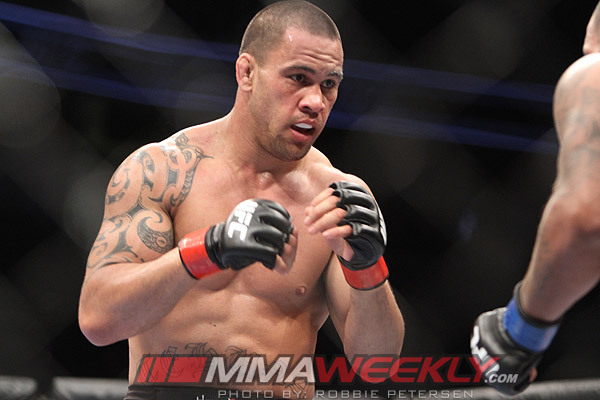 James Te Huna is ineligible for regional rankings due to inactivity.
Fighters must have at least one completed MMA bout in the past two years to be ranked.

James Te Huna began boxing when he was 14, he was a fan of Bruce Lee and his Father's side of the family liked to brawl. He held the following titles in MMA CFC Light Heavyweight world champion, ISKA MMA Australian Light Heavyweight champion.

He has had an up and down career with the UFC getting wins over such fighters as Ryan Jimmo, Joey Beltran, Ricardo Romero and Igor Pokrajac. He is currently on a 3 fight skid for the first time in his career following losses to Glover Teixeira, Maurício Rua and Nate Marquardt.  He will look to get back on track when he faces Steve Bossé at UFC Fight Night 85.