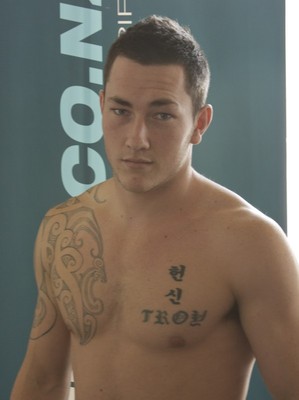 Fighting for a major organization has made Luke Jumeau ineligible for regional rankings.

Asked about what drives him to fight, Kiwi welterweight Luke Jumeau has a simple answer: “I believe that the warrior spirit lies within all New Zealanders.” Martial arts became a refuge for Jumeau after a childhood and adolescence filled with struggle. Raised alongside his older brother Troy by a single mother, Jumeau spent much of his early life in trouble. But after losing his brother in a tragic accident, Jumeau re-dedicated himself to living “a life worthy of both of us.” MMA has become the pursuit that enables him to fully focus himself physically, mentally, and spiritually, and he is excited to have the opportunity to represent New Zealand on the world MMA stage at Legend.