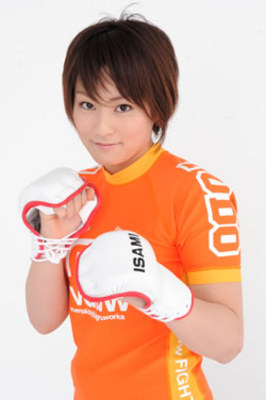 Saori Ishioka is ineligible for regional rankings due to inactivity.
Fighters must have at least one completed MMA bout in the past two years to be ranked.

Ishioka has participated in organizations such as Smackgirl, Jewels, Deep, and Pancrase. She comes from a Judo and Karate background. She took 3rd in Judo in an all high school tournament in China. In Karate she has won the All Japan RF Karate Championships 52 kg in 2007 and 2009. She holds notable wins over Tomomi Sunaba and Mika Nagano,