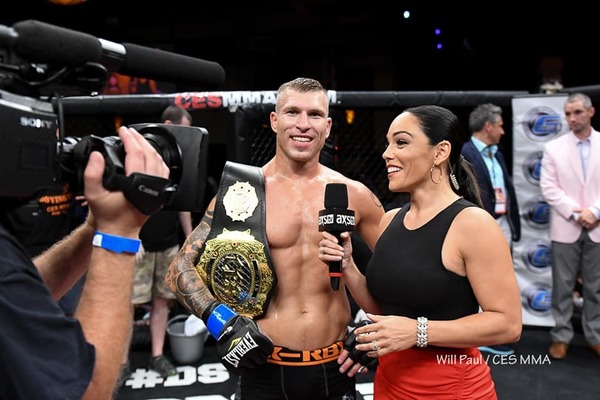 Bruce started out his career back in 2009 facing the high profile fighter, Rick Hawn and then followed with another SYT fighter in his next fight with Muzaffer Abdurkhmanov. Bruce struggled to transition from his Taekwondo Career to the sport of MMA and also battled addiction through his earlier career. After settling in to his first and only MMA gym to date, YoungsMMA, Bruce started to show signs of improvement with his Grappling skills and evolution of his striking game. Bruce captured the CageFX Lightweight Championship in April of 2014 and soon after, the NewEnglandFights coveted Lightweight Belt as well. Bruce then followed up with successful defense of that title in a rematch with Jesse Erickson a few months later.  Since digging himself out of a whole with his early destruction of himself, he has won 7 out of his last 10 fights and 6 out of last 8 and is quickly gaining more momentum. It is said that Bruce gets better with age and by looking at his recent performances, it seems to hold true. Bruce also won his Professional Boxing debut in the fall of 2014.