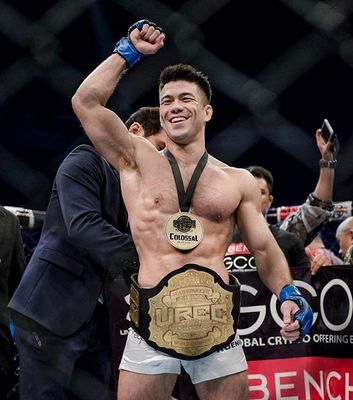 Fighting for a major organization has made Mark Striegl ineligible for regional rankings.

Striegl grew up in Japan during the heyday of Pride FC, and watching Japan’s biggest MMA show on TV was part of his regular routine. He soon followed in his brother’s footsteps, training in Tae Kwon Do and Wrestling before making the transition to MMA during his university years. Since finishing university, Striegl has split his time in training in his hometown Tokyo, where he competes out of the Wajutsu Keishukai Gods gym and Team Buffet out of the Philippines.