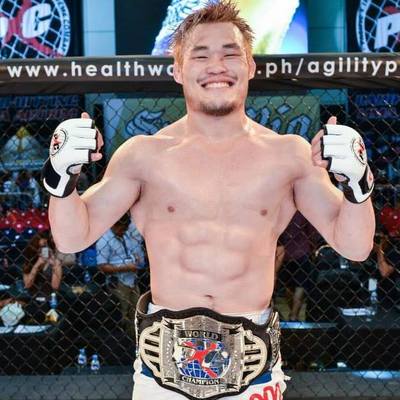 Jang Yong Kim is ineligible for regional rankings due to inactivity.
Fighters must have at least one completed MMA bout in the past two years to be ranked.

Kim is the captain of Korean Top Team and has fought most notably for the PXC promotion. He holds notable victories over Keita Nakamura, Mark Striegl, and Harris Sarmiento.

Kim started off his a career as a LW and with mixed results losing to some top guys and pulling upsets over Nakamura and Sarmiento. After a run of 3 wins and a draw Kim dropped to FW and earned a title shot against Joe Taimanglo. He would lose by KO in the 1st round. He would next enter PXC's FW tournament to crown a champ for the vacated belt. He beat Nate Thorell by 1st round kimura. This set him up to face top prospect Mark Striegl in the finals. Kim was a large underdog coming into the fight but shocked everyone by submitting Striegl in the 3rd round with a Leg Scissor Choke in which he also held a Kimura, making him the PXC FW champ.

Kim is set to defend his title at PXC 42 against Toby Misech.