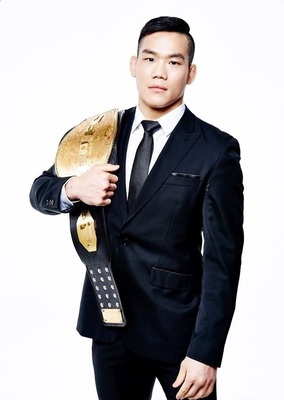 Young Gwang Choi is ineligible for regional rankings due to inactivity.
Fighters must have at least one completed MMA bout in the past two years to be ranked.

Choi began training in MMA when he was still a teenager. He saw his first MMA bout on TV and said that he simply “felt something in his heart” which drove him to sign up at a nearby gym immediately. After dominating his opponents at various inter-club tournaments, he was recruited into Spirit MC’s amateur league, where he compiled a perfect 5-0 record. Still only 19-years old, he was identified as one of Korean MMA’s best prospects and called up to Spirit MC’s professional league, where he fought eight times. His second fight against Korean juggernaut Nam Yui Chul is still considered one of the greatest fights in Korean MMA and was critical in putting the MMA on the map for Korean sports fans. He then served in the Korean military from 2007 to 2009, and since his release he has returned to the sport he loves with one clear goal in mind: the Legend Featherweight Championship.