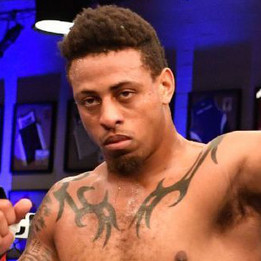 Poirier vs. McGregor III
Conor McGregor, TKO, R5
Every time I pick for Conor to win he loses, and vice versa. I'm not kidding, I have technically not predicted a Conor fight correctly since the Mendes fight. So I'm going to see if I can curse him one more time.

Burns vs. Thompson
Stephen Thompson, DEC
I hope Wonderman can pull this off. If Gilbert wins it's going to be by finish 100%

Tuivasa vs. Hardy
Tai Tuivasa, TKO, R3
Feels like a mismatch, but who knows how bad Tuivasa really is.

Poirier vs. McGregor III
Dustin Poirier, TKO, R4
I'm picking Dustin by 4th round KO just because Conor said he would win by KO in the 4th.

Burns vs. Thompson
Stephen Thompson, TKO, R3
This is gonna be a nightmare match for Thompson. I'm rooting for him though. Head says Burns strangles him though.

Hall vs. Topuria
Ilia Topuria, TKO, R1
My god. Topuria is going to absolutely destroy Hall. Not as bad as Ige would have, but it is still going to be a rough night for Hall's BJJ butt buddies.

Zhumagulov vs. Rivera
Zhalgas Zhumagulov, DEC
This should actually be a really fun fight to watch, even if it is irrelevant in the long run.


So we got some weird drama leading up to this trilogy. Here is the current timeline of events:


-Conor posts his prediction for the fight on his Instagram page:

"The prediction is in! I’m going to win the trilogy fight via A Front Kick to the nose. Round number 4. His Nose needs straightenin and I’m Rhinoplasty 🦏"
https://www.instagram.com/p/CNclaFzp_63/

"That's a fun prediction! @TheNotoriousMMA you also predicted a donation to my foundation and you and your team stopped responding after the fight in January. See you soon. July 10th Paid In Full!"
https://twitter.com/DustinPoirier/status/1381388524163850243

---Conor replies on Twitter:
"A donation, not a debt. We’ve been awaiting the plans for the money that never came. I do with all my donations. Know where it’s going dot for dot. Otherwise it goes walking. As is the case with a lot of these foundations, sadly. You took the McG over the belt shows I was right."
https://twitter.com/TheNotoriousMMA/status/1381468593158766592


----And Dustin replies in a quote Tweet:
"100% never a debt. You offered, we accepted, and like I said your Team never responded to our emails regarding the process of where funds would be put to work! July 10th you will taste defeat yet Again"
https://twitter.com/DustinPoirier/status/1381481527457026048