Robbie Lawler defeats Melvin Manhoef via KO/TKO at 3:33 of Round 1 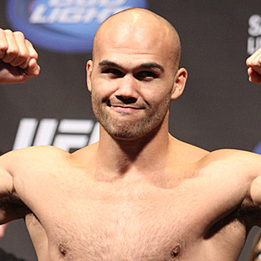 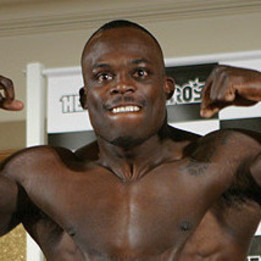 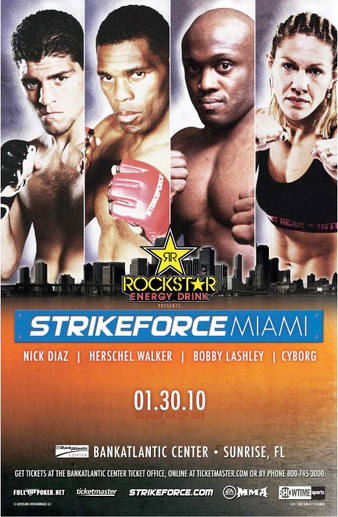 Calling Robbier Lawler and Melvin Manhoef mixed martial artists is a bit misleading. While both have excelled as two of the most dangerous middleweight finishers in the world for years, neither has a penchant for displaying a wide array of martial arts skills. What they do exceptionally well at, however, is knocking opponents out. Thus, when they were matched up against one another in January of 2010, fans knew to expect a slugfest.

Lawler was a moderate underdog heading into the fight. Many fans thought that Manhoef’s experience as an elite K-1 kickboxer made him the better striker in what was an obvious striker-versus-striker scenario.

For over three minutes, Manhoef was proving them correct. Manhoef hit Lawler with everything but the kitchen sink in the first round. His most effective weapon, however, was his leg kicks. By the three-minute mark, Lawler was limping on a badly damaged lead leg. In addition to limiting his movement and defensive abilities, this should have sapped some of the power from his counter strikes.

It seemed only a matter of time before Lawler went down for the count. Apparently, he didn’t get the memo. After Lawler had backed up into the cage, and Manhoef went in for the kill, Lawler responded with a last-ditch right hook. Fortunately for Lawler, the hook landed flush, knocking Manhoef out cold in one of the most brutal finishes in Strikeforce history. After the bout, Lawlor was less than celebratory. He was injured, and he knew he had been bested most of the way. A win is a win, however, and Lawlor notched a win to be remembered.

Watch this post-fight interview video with Robbie Lawler as he discusses his knockout of Melvin Manhoef at Strikeforce: Miami.