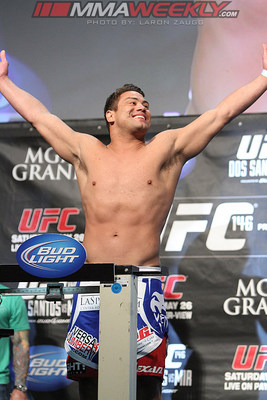 #99
Greatest MMA Grappler of All Time

Shane Del Rosario is ineligible for regional rankings due to inactivity.
Fighters must have at least one completed MMA bout in the past two years to be ranked.

Since turning professional in 2006 Shane would win his first 11 fights finishing all of his opponents. Some intrigue arose in 2010 when it was announced that WWE import Bobby Lashley was offered a fight with del Rosario, but refused, leading del Rosario to feel that Lashley was ducking him.

Del Rosario was set to face Daniel Cormier for Strikeforce however he was hit by a drunk driver and as a result suffered from a herniated disc in his back. When he was finally able to return he would make his UFC debut against Stipe Miocic, a fight he would lose in the second round handing him his first professional loss. Del Rosario's next fight came against kickboxing specialist, Pat Barry at The Ultimate Fighter Finale 16. After controlling the grappling for most of the first round, Del Rosario was knocked out via punches 26 seconds into the second round.

On November 26th 2013 it was reported that del Rosario had suffered full cardiac arrest after two heart attacks. He was rushed to the hospital where they revived him and put him on life support. On Novemeber 30th he was taken off life support and began breathing on his own. His condition seemed to be improving however he would lose his life on December 9th 2013.