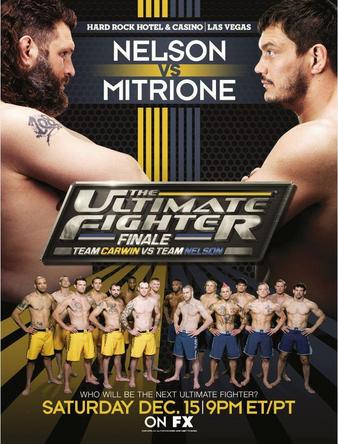 Tapology members can make predictions for upcoming MMA & Boxing fights. The Ultimate Fighter 16 Finale is closed for new predictions. 982 total members made predictions on this event, breaking down as follows below.

Leaderboard of the best predictions by member: The Ultimate Fighter 16 Finale Leaderboard

This event will host finals of the season 16 of The Ultimate Fighter. In the main fight is expected a fight between the two coaches.Last time the coaches and TUF fighters fought in the same card was on the season 14. At the same day UFC will have another event UFC ON FX 6 in Australia which will feature the finals of the second international season of The Ultimate Fighter.