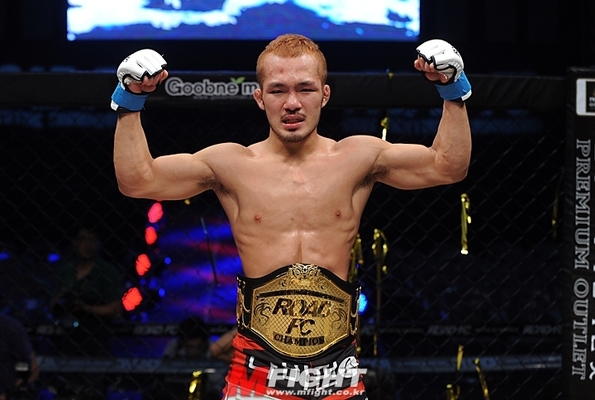 Nam Jin Jo is ineligible for regional rankings due to inactivity.
Fighters must have at least one completed MMA bout in the past two years to be ranked.

Jo started competing in amateur MMA when he was just a freshman in high school, and he has quickly established a reputation as the most promising Korean fighter in his weight class. The winner of the 2009 Sengoku Rookie Tournament, Jo’s main strength is his Brazilian Jiujitsu, where his explosive takedowns and superior grappling make him an especially dangerous opponent. Fans should expect big things in the future from his young, dynamic Korean fighter.