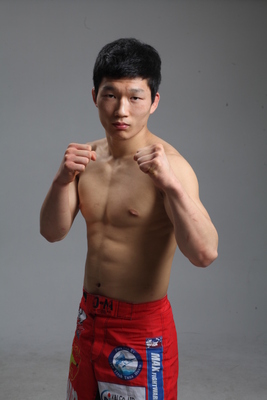 Song is a bantamweight fighter for ROAD FC, he has also fought for ONE FC, GLADIATOR, and Sengoku. Song's career got off to a rough start as he got thrown into the deep water early going 3-5 with notable losses to Kyung Ho Kang, Andrew Leone, and Masakatsu Ueda. After the loss to Ueda he entered ROAD's Bantamweight tournament to crown a new champion. Song would make a surprising run upsetting Alan Yoshihiro Yamaniwa and highly touted prospect Yoon Jun Lee. He would lose in the finals by split decision to Kil Woo Lee.

Song's most recent fight saw him scoring yet another massive upset, this time over fresh out of the UFC Issei Tamura.