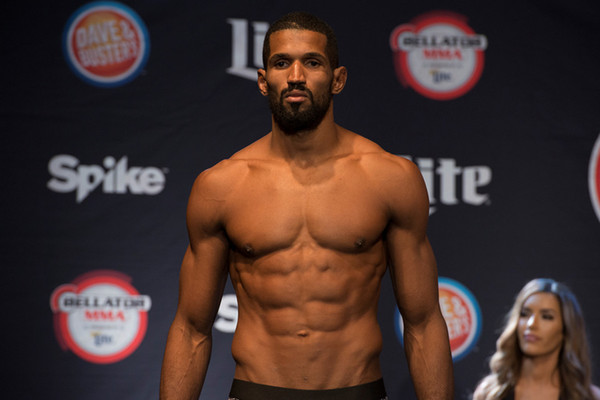 Fighting for a major organization has made Rafael Carvalho ineligible for regional rankings.

A pro since 2011, Rafael Carvalho burst into the public eye when he got signed by Bellator MMA for a fight against KO artist Brian Rogers at Bellator 125. In the fight, he shocked some people when he withstood Brian's assault in the first round and finished him in the same period to score a come from behind knockout. He then got a fight with another heavy handed opponent and Glory kickboxer, Joe Schilling, who was coming from a shocking KO win of his own against Melvin Manhoef, at Bellator 136

In the fight, he employed a grappling centric gameplan and managed to negate most Joe's offense to get a close split decision win, which marked the second time he went the distance in his career. That win earned him a title shot against Brandon Halsey for the vacant Bellator middleweight belt, which Brandon lost at Bellator 137 when he didn't make weight for his match against Kendall Grove. He was coming as a big underdog and he shocked the world again when he finished Halsey in the second round of their bout at Bellator 144 with a liver kick after surviving the first round in which Brandon dominated him on the ground and came close to finishing him with an arm-triangle choke.

He is now scheduled to defend his belt against legendary knockout artist Melvin Manhoef at Bellator 155.