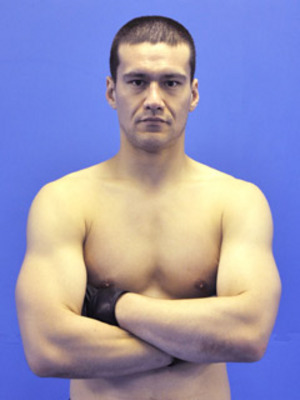 Hisaki Kato is ineligible for regional rankings due to inactivity.
Fighters must have at least one completed MMA bout in the past two years to be ranked.

Hisaki Kato is a Japanese mixed martial artist who competes in the middleweight division. He was born in Paris, France, but fights out of Nagoya, Aichi, Japan. He has competed primarily for the promotion HEAT, with a lone fight for Bellator organization. All of his victories thus far have ended in TKO/KO.
Kato's first fight as a professional was at HEAT 26, where he defeated Tsukasa Kawaoka via TKO.
Kato's would go on to win his next three fights in a row. He first bested Yuta Nakamura at HEAT 28 on September 29, 2013, winning via TKO. His second win came against Yusuke Sakashita at HEAT 30 on February 23, 2014. Kato would win the bout TKO. His third consecutive win would come at the expense of Yuki Nimura at HEAT 31 on March 22, 2014. He won the bout via TKO, as well as the vacant HEAT middleweight championship.
Kato would then suffer his first loss as a professional on March 22, 2015, when he was defeated by Henrique Shigemoto in what doubled as Kato's first defense of his middleweight title. Shigemoto would win the bout and the title via TKO.
Kato would then fight outside of the HEAT organization for the first time in his career when he competed at Bellator 139: Kongo vs. Volkov on June 26, 2015. He would face former kickboxer turned mixed martial artist Joe Schilling. Just over thirty seconds into round two, Kato caught Schilling with a devastating Superman punch that flattened the American in spectacular fashion, a punch that has placed Kato in strong contention for Knockout of the Year honors.  Kato is of Japanese descent from his father's side and French descent from his mother's.