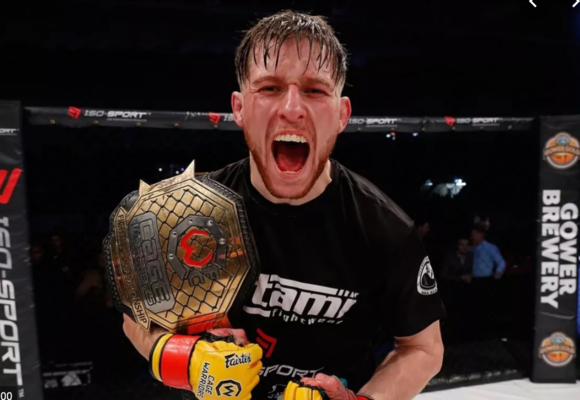 Fighting for a major organization has made Jack Shore ineligible for regional rankings.

Shore started training martial arts at age 6 under his father Richard Shore, a martial artist himself. He began learning Kickboxing and Jiu Jitsu techniques from his father who later went on to open Shore Mixed Martial Arts gym in 2007, where Jack has trained fulltime ever since. He ranks as blackbelt in BJJ and Japanese Jiu Jitsu, and is the former junior Welsh Boxing Champion in the amateurs.

Shore had an undefeated amateur MMA career which concluded with a gold medal and four impressive wins in the men’s lightweight division of the inaugural 2015 IMMAF European Open Championships.