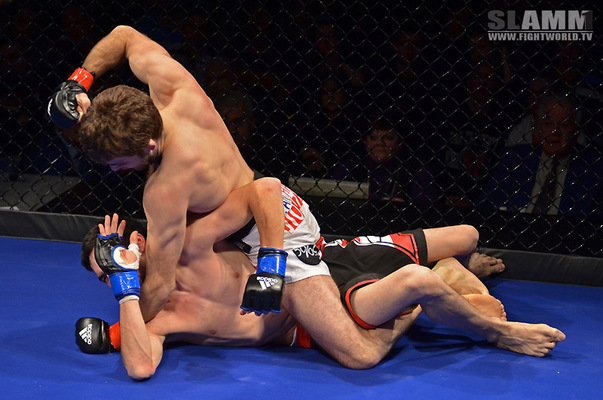 Fighting for a major organization has made Ryan Hall ineligible for regional rankings.

Considered one of the best Brazilian Jiu Jitsu practitioners today, Ryan Hall is a black belt under Felipe Costa who is currently in the process of making a transition to MMA. He has some of the best credentials possible for a grappler, including an ADCC bronze medal, a no-gi world championship, multiple Mundials medals at various levels of competition, and multiple wins in superfights for Grappler's Quest and NAGA. He boasts over 300 victories in grappling competition, many of which ended by submission.

Born in Virginia, Hall originally started doing jiu jitsu at a local MMA school. He was originally interested in striking arts, but fortunately changed his mind, and began to focus more on his grappling skills, after getting beat up by better grapplers when training jiu jitsu. From there, Hall would then begin to train under Lloyd Irvin. It was here that he began to develop his now fantastic guard skills, and began to make a name for himself as a fantastic and entertaining grappler. But, in January 2009, Hall left Irvin's team and would go on to open up his own school, 50/50 Jiu Jitsu, located in his home state of Virginia, just outside of Washington D.C. About a year later, Hall would finally receive his black belt in Brazilian Jiu Jitsu.

Hall has defeated the likes of Diego Sanchez and Hermes Franca in superfights, and has fought many others at events such as the UFC Fan Expo. Hall has also released many instructional DVDs, including one specifically dedicated to mastering the triangle choke. Hall also gained notoriety in 2012 when a video was released on YouTube where he subdued a man in a restaurant until the authorities arrived to the scene. Currently, Hall has been training in Montreal, Canada at the TriStar gym, where he is preparing for his first MMA fight.