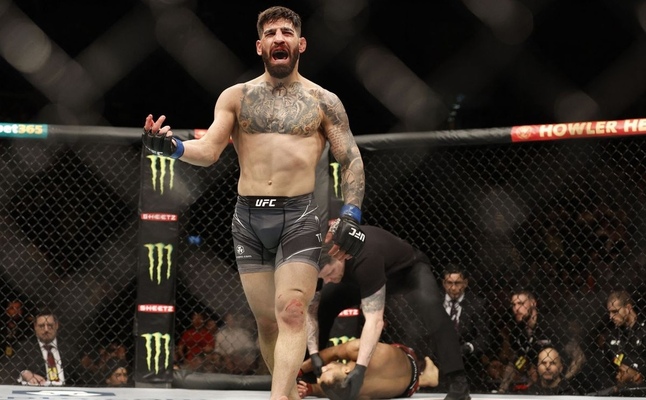 Fighting for a major organization has made Ilia Topuria ineligible for regional rankings.

Ilia was born in Halle Germany at the 23 of January of the year 1997. Both his parents are Georgians. He started training wrestling and grappling from a young age but also has good boxing and jiu-jitsu.   At the age of 15 he and his family moved to Spain, Alicante. There at the Climent gym he began his mma training and in 2015 he started to fight as a professional for lokal promotions.
2018 he had his first international appearance for Cage MMA Finland. That same year he also was the first Georgian fighter to receive a black belt in Brazilian jiu - jitsu along side his brother Alex Topuria.  He then continued to fight for the Cage Warriors Bantamweight title but missed weight for that fight and therefore even winning the fight he wasn't eligible for the Cage Warrior title.
2019 Ilia Topuria signed with the Brave Combat Federation in which he fought twice that year once winning via submission against Luis Gomes at Brave CF 26 and once via knockout at Brave CF 29 against Steven Goncalves.
2020 Ilia Topuria with a professional record of 8 - 0 he was then signed with the UFC. His first fight for the highest fight promotion of the planet was a fight on short notice against Youssef Zalal at UFC Fight Night Moraes VS Sandhagen which he won via unanimous decision. After that he went to knock out Damon Jackson at UFC Vegas Vettori VS Hermansson in the first round.