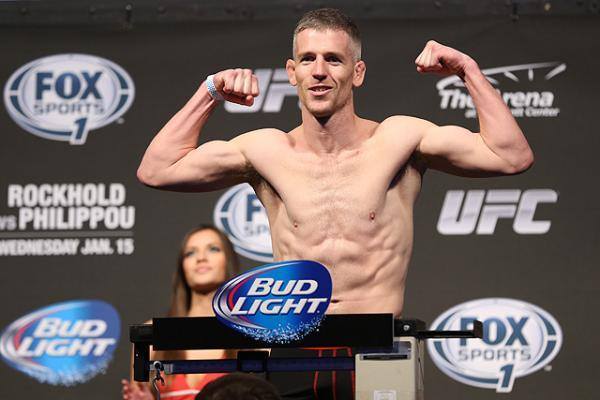 Garett Whiteley is ineligible for regional rankings due to inactivity.
Fighters must have at least one completed MMA bout in the past two years to be ranked.

Garett Whiteley is an American lightweight fighter currently signed to the UFC. He trains out of IndyBoxing and Grappling in Indianapolis, Indiana. He served with the Indiana National Guard in Iraq and began training with Chris Lytle's gym when he got back from deployment in 2006 to alleviate PTSD problems he was having. He holds a notable win over UFC vet Jason Gilliam. Of his seven career wins, all have been finishes including four T/KOs. He is still an active member of the Indiana National Guard.

After an amateur career that saw him get four stoppage victories in less than 14 total minutes, Whiteley made his professional debut. In his eight pro fights, he has had seven stoppages with six of them coming in the first round. He was signed by the UFC in 2013 and made his promotional debut against fellow undefeated prospect, Allan Patrick, at UFC Fight Night 29. He would suffer his first pro defeat when he lost to Patrick by first round TKO. He fought Vinc Pichel at UFC Fight Night 35 but would lose for the second consecutive time, dropping a unanimous decision. This put his record in the UFC at 0-2.