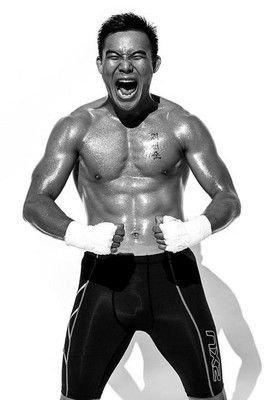 James Moontasri is ineligible for regional rankings due to inactivity.
Fighters must have at least one completed MMA bout in the past two years to be ranked.

James Moontasri began training in Tae Kwon Do at 8 years old and transitioned into MMA when he was 19. He got the nickname "Moonwalker" because of his fast kicks and the fact that he also likes Michael Jackson. He holds a black belt in Muay Thai and is a 4th Dan black belt in Tae Kwon Do. He is a Two-time USA Tae Kwon Do National Champion as well as 2007 Pan Am Games Silver medalist.

He had only 1 loss by a split decision before being signed with the UFC. He would lose another split decision this time to Joe Ellenberger in his UFC debut. He will look to get his first UFC win when he faces Cody Pfister at UFC Fight Night 60.