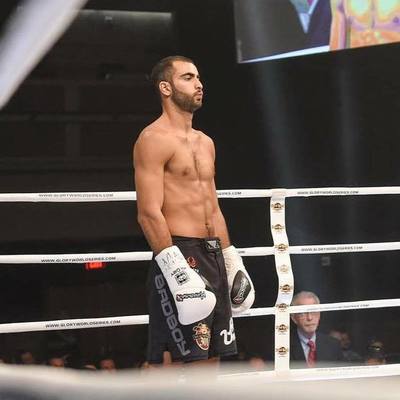 Fighting for a major organization has made Giga Chikadze ineligible for regional rankings.

Chikadze has a background in Goju-Ryu Karate beginning training in the style when he was 5. He would later go on to train in Kyokushin and Kickboxing and ranks as 3rd degree black belt in Goju-Ryu and blackbelt in Kyokushin.

He moved to the Netherlands for around seven years in order to train in the renowned Dutch Kickboxing gyms and fight on the local and international level Kickboxing circuits, where he became a multiple-time World Champion.

After this he debuted in Glory Kickboxing going 6 - 4 in the promotion earning notable wins over Kevin VanNostrand, Serhiy Adamchuk and Victor Pinto.

Retiring from Kickboxing in 2017, Chikadze then switched his focus to MMA where he rattled off an impressive stoppage victory before losing a fight to Austin Springer on Dana White's Contender Series in 2018. He rebounded going 2 - 0 after this and would get the call to fight in the UFC.