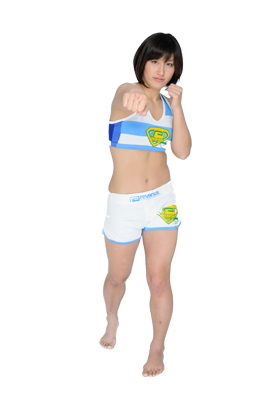 Reversal Gym Shinjuku Me, We

Sugiyama is a Bantamweight fighter with a black belt in Karate. In Karate she won the 2008 and 2009 Japan Open Vale Tudo Real Fighting Karate-do Championship Series 57 kg after finishing 2nd in 2007. In MMA Sugiyama has fought almost her entire career in JEWELS. She holds a notable win over Megumi Yabushita.

After starting her career 5-0, Sugiyama entered the 2009 Jewels 60 kg Rough Stone Grand Prix. She would lose in the opening round to eventual champion Alexandra Buch.

Sugiyama is 0-1 in Submission Grappling. She lost in the opening round of the 58 kg Queen Beginner Tournament to Olympic and multiple time World wrestling champion Hitomi Sakamoto.