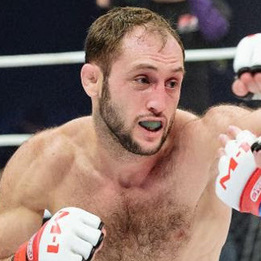 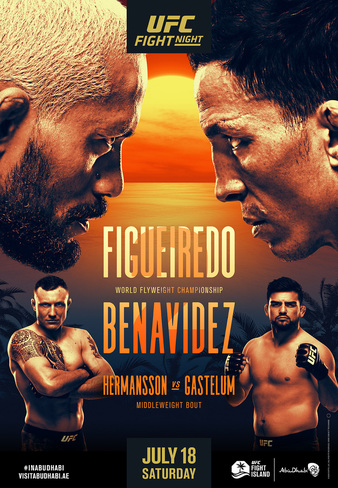 Figueiredo vs. Benavidez II
Deiveson Figueiredo, TKO, R3
I think Benavidez looks better this time around, but the result will be the same.

Figueiredo vs. Benavidez II
Deiveson Figueiredo, SUB, R4
Heard that Benavidez is mad from the last fight from the woman sucking on his night stick. Will he be in his feelings for this fight? Perhaps. The **** do I know?!?

Diakiese vs. Fiziev
Rafael Fiziev, DEC
A Thai Fighter from Kyrgyzstan fighting out of Phuket???? Come on, man...

Lipski vs. Carolina
Luana Carolina, DEC
Shooting from the hip and saying that Carolina's going to Thai Fight herself to a 'W'ictory here.

Ibragimov vs. Dolidze
Roman Dolidze, DEC
If there's anything I've learned about Georgian fighters is that they will take you down time and time again. Will this one be any different? Will this one go to decision? What do I know?!

Dawson vs. Narimani
Grant Dawson, DEC
Taking a guess on Dawson winning this fight with takedowns. What do I know?!

Alvarez vs. Duffy
Joel Alvarez, DEC
Don't know either of these guys so I'm just taking a wild guess here. Going with the fighter with the longer reach. What do I know?!

Johns vs. Jackson
Montel Jackson, TKO, R2
Shooting from the hip here. Guessing on Jackson outboxing Johns and probably knocking him out in the 2nd. What do I know?!

Gordon vs. Albazi
Amir Albazi, DEC
Shooting while blindfolded. Don't know either of these guys.

Ramos vs. Tsarukyan
Davi Ramos, SUB, R1
Shooting while blindfolded. Guessing this will be taken to the matt and ended with a submission.

Diakiese vs. Fiziev
Marc Diakiese, DEC
have to go with a Yorkshire lad, even if from south Yorkshire.