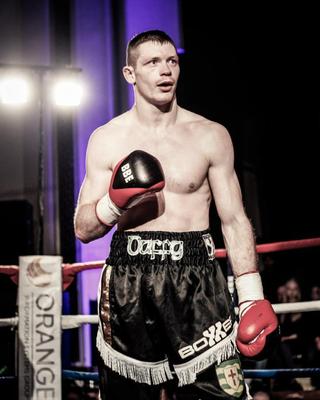 Fighting for a major organization has made Joe Duffy ineligible for regional rankings.

Joseph Duffy began training in 1993, he has a 7-0 Pro boxing record. He currently has a Black belt in Japanese Jiu-Jitsu, purple belt in BJJ and a black belt in Taekwondo. Duffy currently fights as a UFC lightweight and has a 4wins/3losses UFC fight record. He is currently coming off two losses, one to James Vick by K.O. in the second round and recently loosing a decision to Mark Diakese.

Duffy holds notable wins over UFC fighters Conor McGregor and Norman Parke finishing both fighters by submission. He took 3 years off to pursue his boxing career but returned to MMA in 2014 winning two straight for Cage Warriors. He would then get a shot in the UFC when he faced Jake Lindsey at UFC 185. He would pick up the win with a first round TKO. Duffy would face Ivan Jorge at UFC Fight Night Bisping vs Leites at fight which he won via triangle choke earning the performance of the night bonus in the process. In his next fight he faced top prospect Dustin Porier at UFC 195. Duffy lost the fight via unanimous decision. Next Duffy faced overmatched Mitch Clarke. Duffy beat Clarke via rear naked choke 25 seconds into the first round. After that Duffy went on to beat Reza Madadi via unanimous decision at UFC fight night 107.