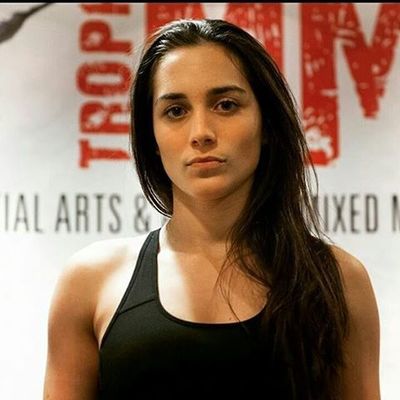 Veronica Macedo is ineligible for regional rankings due to inactivity.
Fighters must have at least one completed MMA bout in the past two years to be ranked.

Verónica Macedo is a Venezuelan mixed martial artist. She currently competes in the women’s Bantamweight division in the Ultimate Fighting Championship.

Veronica was scheduled to face Amanda Lemos on December 21, 2019 at UFC on ESPN+ 23. However, her bout with Amanda Lemos was cancelled and she was scheduled to face Ariane Lipski on November 16, 2019 at UFC on ESPN+ 22, replacing Priscila Cachoeira who was tested positive for a diuretic. In turn Macedo was not cleared to fight by the Brazilian athletic commission due to severe headaches one day before the fight was taken place and she was replaced by newcomer Isabella de Padua. Macedo faced Bea Malecki on March 14, 2020 at UFC Fight Night 170. She lost the fight via unanimous decision.