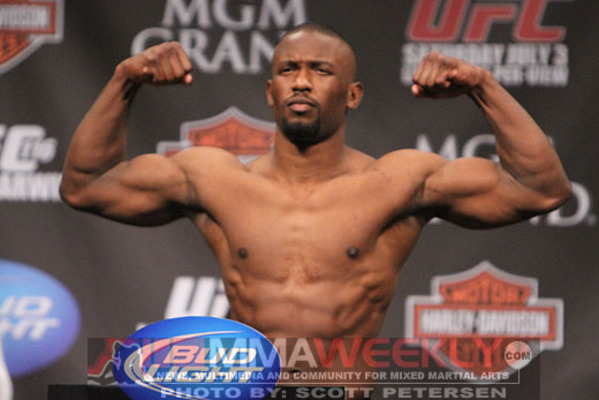 Daniel Roberts is ineligible for regional rankings due to inactivity.
Fighters must have at least one completed MMA bout in the past two years to be ranked.

Daniel 'Ninja' Roberts is best known for his submission abilities in his fights, tallying nine wins out of 12 by submission. The former NAIA all-american wrestler currently trains at Cesar Gracie Jiu Jitsu, and holds the rank of purple belt in Brazilian jiu jitsu. After winning his first nine pro fights, he would face off against knockout artist John Howard in his UFC debut. He would suffer his first career setback, but would win his next three fights against Forrest Petz, Mike Guymon, and Greg Soto. After losses to Claude Patrick, Rich Attonito, and Charlie Brenneman, he would be cut from the promotion.

After his UFC run, 'Ninja' has recently picked up a pair of wins, one notably over fellow UFC veteran Brian Foster, where he won with a standing rear naked choke in round one. Roberts is now slated to fight at the first War MMA event taking place in Stockton, California.

The UFC run of 'Ninja' will be highlighted by his two fantastic submission wins, submitting Greg Soto with a kimura at UFC 125, and winning 'Submission of the Night' honors at UFC 121 when he defeated Mike Guymon only 73 seconds into the fight with a spectacular anaconda choke.