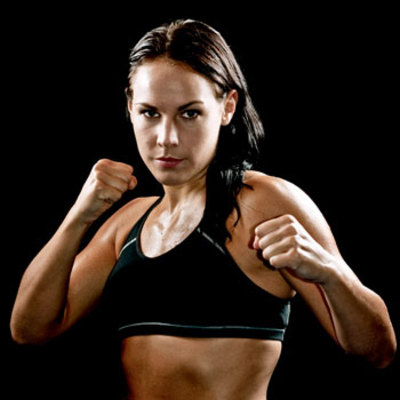 Fighting for a major organization has made Lina Länsberg ineligible for regional rankings.

Lina Länsberg is a Swedish professional mixed martial artist who is currently signed to the Ultimate Fighting Championship. As of September 30, 2019, she is #11 in the UFC women's bantamweight rankings.

Länsberg started training in Muay Thai in 2003, at the age of 21. During her decorated Muay Thai career she fought on the biggest stage, winning the gold medal at the IFMA World Championship two times, 2008 and 2012. She won the silver medal two times, 2010 and 2011, and bronze once, 2007. She also won the gold medal at the IFMA-EMF European Muay Thai Championships in 2013, and the bronze medal in 2012. In addition to the international success, she won the Swedish Muay Thai Championship three times, in 2007, 2012 and 2013 as well as winning the Nordic Championship in 2010. She also won the WMC Scandinavian Professional Muay Thai title in 2012. Her Muay Thai record stands at 37-11, including fights against top names such as Valentina Shevchenko.

In her professional MMA debut, Länsberg fought fellow Swedish rising star Pannie Kianzad on 29 December 2012 at Trophy MMA 1. She would then go on to win her next 6 fights (4 by TKO, 2 by decision) as she competed in Cage Warriors and other European promotions. This included her defeating Alexandra Buch by TKO in the first round on 16 May 2015 at Superior Challenge 12, to win the promotional Women's Bantamweight title. Another big victory came by unanimous decision against Lucie Pudilová on 28 November 2015 at Battle of Botnia 2015.

Länsberg made her UFC debut, as a big underdog, in the main event against Cris Cyborg on 24 September 2016 at UFC Fight Night 95. She lost the fight by TKO in the second round.  She was first expected to face Veronica Macedo on 18 March 2017 at UFC Fight Night 107. However, Macedo later had to pull out due to injury. Länsberg instead had a rematch with Lucie Pudilová at the same event.  It was a back-and-forth fight, with Länsberg appearing to be in control over the first two rounds and Pudilová rallying for a comeback in the third, in the end Länsberg won by unanimous decision. Afterwards, she expressed disappointment with her performance, saying she believed that Pudilová maybe should have been awarded the victory. Despite this, a majority of the media score cards still agreed with the judges and had Länsberg as the winner. Länsberg was expected to face Leslie Smith on 16 July 2017 at UFC Fight Night 113. However, she later had to withdraw from the fight due to an injury and was replaced by Amanda Lemos. Länsberg revealed that she had tore up some old injuries in training camp.