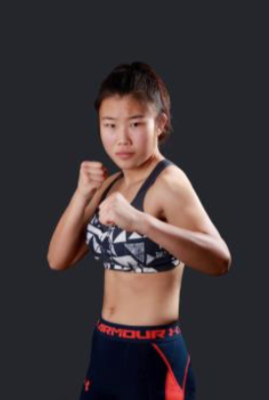 Fighting for a major organization has made Yanan Wu ineligible for regional rankings.

Wu Yanan (born 18 April 1996) is a Chinese mixed martial artist currently competing as a Bantamweight in the Ultimate Fighting Championship. A professional competitor since 2013, she formerly competed for Chinese Kung Fu Championships and WLF W.A.R.S. Wu Yanan was scheduled to have her first fight in the UFC on 25 November 2017, at UFC Fight Night 122 against Gina Mazany. Yanan lost a unanimous decision (30-27, 30-27, 30-27). Her next fight was scheduled for UFC Fight Night 141, in her home country of China, against Lauren Mueller. Mueller would dominate on the feet, but Yanan would end up winning by a first round armbar. Mueller fought on five weeks notice as replacement for Shana Dobson who was injured in training as was unable to fight. Yanan was scheduled to fight Luana Carolina at UFC 237, but the Yanan was forced to pull out due to an injury. The fight was again made and scheduled for UFC Fight Night 157, but this time the Brazilian flyweight pulled out due to a fractured spine. Carolina was replaced by the former DEEP Jewels champion Mizuki Inoue. Yanan missed weight (129 lbs) and would forfeit 30% of her purse. In a fight contested entirely on the feet, Yanan lost by way of a split decision.