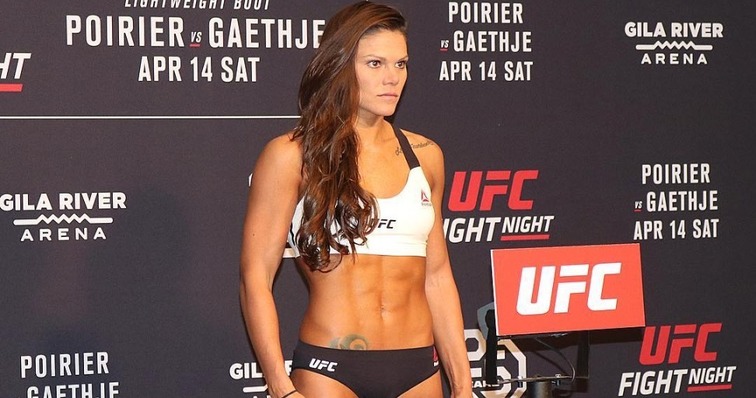 Fighting for a major organization has made Lauren Mueller ineligible for regional rankings.

Lauren Mueller (born 15 November 1991) is an American mixed martial artist, currently competing as a Flyweight with the UFC. A professional competitor since 2015, she has also competed with Gladiator Challenge. Lauren made her mixed martial arts debut in 2015, during Gladiator Challenge - Contenders, when she faced Peggy Ross. She won the fight by unanimous decision. Fighting with the same organization, she won another unanimous decision against Hannah Fitzpatrick and scored a TKO win over Faye Shields. In 2017 she fought under Dana White's Contender Series against Kelly McGill-Velasco, and won a unanimous decision. This victory earned her a contract with the UFC. Mueller made her UFC debut as a replacement for Wu Yanan, fighting Shana Dobson at UFC on Fox: Poirier vs. Gaethje, on five weeks notice. Mueller won the fight through a unanimous decision. She was then scheduled to fight against Wu Yanan during UFC Fight Night: Blaydes vs. Ngannou 2. Mueller suffered her first professional loss, losing by way of an armbar in the first round. During UFC 236 she fought Poliana Botelho replacing injured Paige VanZant. She lost a unanimous decision. During UFC Fight Night: Joanna vs. Waterson Mueller faced JJ Aldrich. She would lose a unanimous decision. Lauren was released from UFC in December 2019.