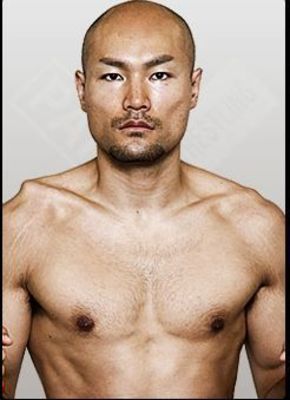 Yuki Niimura is ineligible for regional rankings due to inactivity.
Fighters must have at least one completed MMA bout in the past two years to be ranked.

Saitama native Yuki Niimura started training in martial arts in high school – first in Judo, in which he earned his black belt, and then in Karate. Much as he enjoyed competing in both of those individual disciplines, he felt that they were incomplete in themselves, and decided to make the transition to MMA in order to develop the most complete fighting style possible.

Nimura would win his first three bouts as a professional. His first win came at Deep - 55 Impact, where he defeated Shunsuke Inoue via KO not even thirty seconds into the opening round. He would next defeat Shuji Morikawa by way of TKO at Deep - Cage Impact 2011 in Tokyo. His third win would then be against Bernard Ackah at Deep - 57 Impact, where Nimura would win via rear naked choke.

Nimura would then suffer his first pro loss at the hands of Sam Brown at Legend Fighting Championship 8 on March 30, 2012. Nimura would lose the fight via unanimous decision.

Nimura would then lose his second straight fight after being defeated by Yoshiyuki Nakanishi at Deep - 60 Impact.

Nimura would rebound from these losses to win his next three bouts. He beat Peterson Almeida Vileia via KO at HEAT 26, following that win up with a victory of Omar Darvish  via TKO at Mach Dojo/Gladiator - Mach Matsuri. His third win would come against Dae Sung Kim at HEAT 29, where Nimura would win via TKO.

Nimura's next bout would be against HEAT veteran and future Bellator competitor Hisaki Kato at HEAT 31. Nimura would be defeated at the fifty-three second mark of the first round, losing via TKO.

Nimura would rebound after his loss to Kato by winning his next fight against Anderson Sakamoto at HEAT 32 on June 8, 2014. Nimura would win the fight via TKO.

Nimura is scheduled to return from over a year long absence to face Bakhtiyar Abbasov at Pancrase 269 on August 9, 2015, which will mark Nimura's debut for the Japanese promotion.