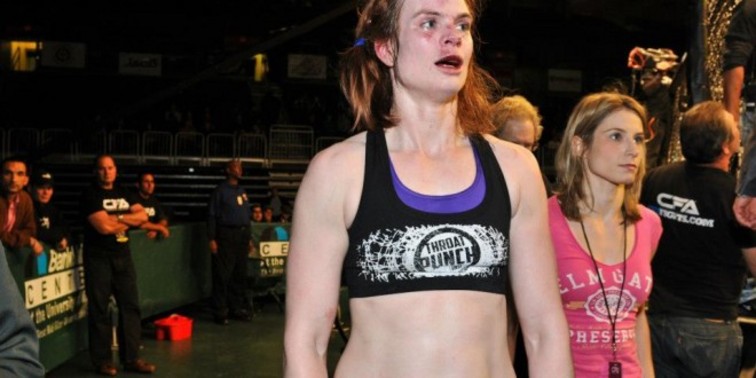 Peggy Morgan is ineligible for regional rankings due to inactivity.
Fighters must have at least one completed MMA bout in the past two years to be ranked.

Peggy Morgan began boxing and kickboxing back in 2002 and began her MMA training in 2011. She is a blue belt in Jiu Jitsu and also has a Master's Degree in literature.

Morgan was a contender on TUF 18. She was the largest competitor and beat Bethany Marshall by vicious ground and pound in the 1st round to get into the house. On episode 9 of TUF 18 Peggy faced Sarah Moraes for the final semi final spot. The fight started with a even stand up battle with Peggy hitting with lots of jabs. Sarah got a takedown mid way through the round then opened up with ground and pound and finished with a arm bar in the 1st round.