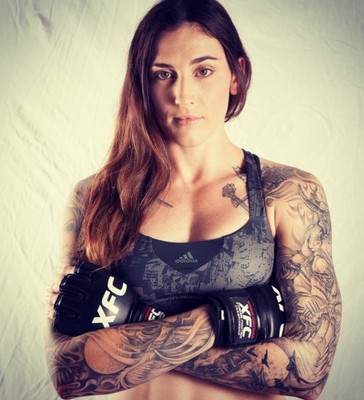 Fighting for a major organization has made Megan Anderson ineligible for regional rankings.

Megan Anderson (born 11 February 1990) is an Australian mixed martial artist who fights in the Ultimate Fighting Championship and is the former Invicta FC Featherweight champion.

On December 29 2018 Megan Anderson took on Cat Zingano in a featherweight match up. Anderson wins this fight at 1:01 of the first round by way of a freak accident TKO when Anderson throws a high kick which zingano almost dodges except for Anderson's big toe which catches zingano right in the eye.