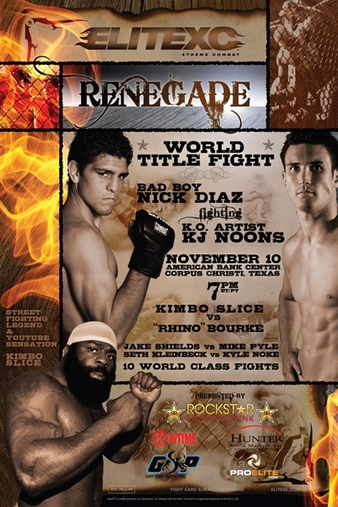 In the third EliteXC broadcast, this one also airing on Showtime, street fighting Youtube sensation Kimbo Slice became the featured attraction, knocking out Bo Cantrell in the first round and becoming an even bigger star. In the main event, KJ Noons defeated Nick Diaz via TKO (Doctor Stoppage) in an upset victory, beginning a heated rivalry between the two fighters. In other action, future top welterweight and middleweight star Jake Shields defeated Mike Pyle with a Rear Naked Choke in the first round.