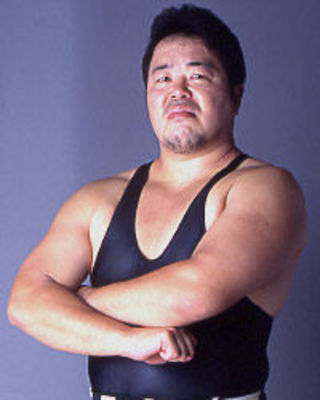 Yoji Anjo is ineligible for regional rankings due to inactivity.
Fighters must have at least one completed MMA bout in the past two years to be ranked.

A professional wrestler who engaged in realistic shoot style matches, Yoji Anjo is most famous for a fight that is not part of his professional record.  in the mid nineties, Nobuhiko Takada, co-founder of shoot-style pro wrestling organization UWFi,   had tried unsuccessfully to convince Rickson Gracie to face him in a pro wrestling match.  Yoji Anjo was part of a group of UWFi wrestlers, along with a contingent of Japanese press, sent to challenge Gracie at his dojo in California.  Anjo questioned Gracie's courage, and Gracie agreed to fight Anjo then and there.  In a closed doors match, Anjo was badly beaten by Gracie.  The trip proved to be somewhat of a success in that Gracie did eventually agree to fight Takada in a mixed martial arts match at the inaugural Pride event several years later.

Anjo went on to have a brief, unsuccessful mixed martial arts career in which he fought the likes of Tank Abbott, Murilo Bustamante, Matt Lindland, and Ryan Gracie.  He won just one of six career matches and had an equally unsuccessful foray into kickboxing.