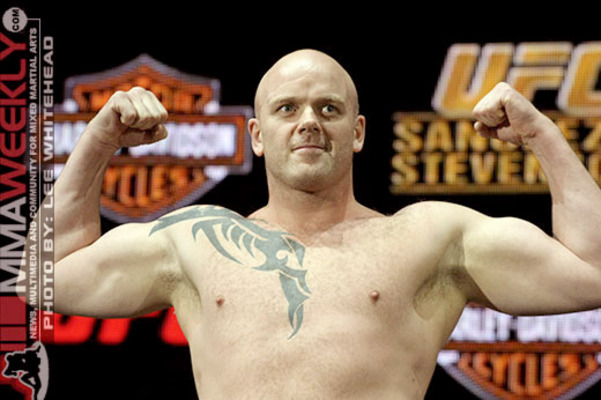 Neil Grove is ineligible for regional rankings due to inactivity.
Fighters must have at least one completed MMA bout in the past two years to be ranked.

Neil Grove is a South-African born MMA fighter, currently fighting out of England. Grove is well disciplined in Karate, earning a black belt in Goju-Ryu. Grove made his Professional MMA debut in 2006 defeating Anthony Okorie. He would defeat Denniston Sutherland in his second fight improving to 2-0. He then went on a tear in Englands Cage Rage promotion, Knocking out veteran James Thompson, and earning wins over Domagoj Ostojic and Robert Berry, before suffering his first career loss to UFC veteran Rob Broughton, via decision. He rebounded nicely with a TKO over Robert Berry in a rematch, followed by a knockout over James McSweeney. This win got him into the UFC.

This would be his only UFC fight, getting submitted early against Mike Ciesnolevics. Back to Europe, Grove rebounded again, beating Martin Thompson, and then fought to a draw with Stav Economou. Grove was signed shortly after by surging Bellator Fighting Championships to fight in the heavyweight tournament. Grove did very well, stopping both Eddie Sanchez and Alexey Oleinik on strikes en route to the finals. Grove would be submitted by Cole Konrad in the finals. Inconsistency has been his plague, going 2-5 in his last 5 fights.