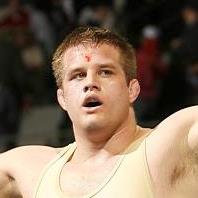 Cole Konrad is ineligible for regional rankings due to inactivity.
Fighters must have at least one completed MMA bout in the past two years to be ranked.

A very gifted collegiate wrestler, Cole "The Polar Bear" Konrad won two NCAA titles in 2006 and 2007 while attending the University of Minnesota. After leaving school sporting a 155-13 record in official competition with a school record 76 consecutive victories, Konrad embarked a what was to be a very prosperous career in mixed martial arts.
Konrad made his mma debut on January 23, 2010. He submitted his opponent, Gary Hamen, at 1:13 of the first round. After winning his second fight against Joel Wyatt, Konrad was signed by upstart promotion Bellator Fighting Championships. With victories over Pat Bennett and John Orr, Konrad was selected to compete in the promotion's season 3 heavyweight tournament. Following his wins over Rogent Lloret and Damian Grabowski, Konrad was set to fight Neil Grove for the inaugural Bellator Heavyweight Championship. At Bellator 32, Konrad defeated Grove by submission at 4:45 in the first round to claim the title and become the first heavyweight champion in Bellator history. Also with the win, he moved his professional mma record to a perfect 7-0. After dispatching of Paul Buentello at Bellator 48 in a non-title bout, Konrad was set to make the first defense of his title. At Bellator 70, Konrad faced off against season 5 heavyweight tournament winner Eric Prindle. Konrad won the fight via submission at 1:00 of the first round.
On September 12th, 2012, Konrad officially announced his retirement from professional mma. He remains undefeated in his career at 9-0. Konrad has since returned to the University of Minnesota as a student.