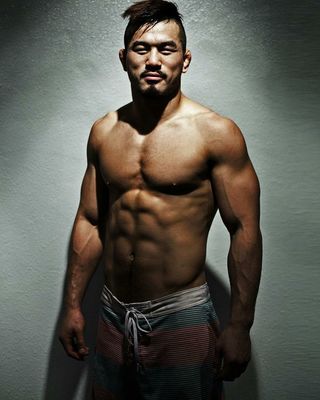 Myung Ho Bae is ineligible for regional rankings due to inactivity.
Fighters must have at least one completed MMA bout in the past two years to be ranked.

It was adversity in Bae’s early life that first led him to MMA. His brother passed away when he was just 17, and his mother lost her battle with cancer three years later. When he was introduced to Busan’s Team MAD, MMA helped him to overcome these tragedies by giving him a new sense of focus and purpose. Since then, he has fought worldwide in organizations such as Dream, M-1, and Spirit MC, and he holds Korean national titles in Brazilian Jiujitsu and Sanda. His rugged good looks have led to modeling work and the nickname “Wolverine,” but he never loses sight of his ultimate goal: “I want to be a world champion.”

Bae has been called to serve in the South Korean military and will be absent from MMA action until mid-2015.