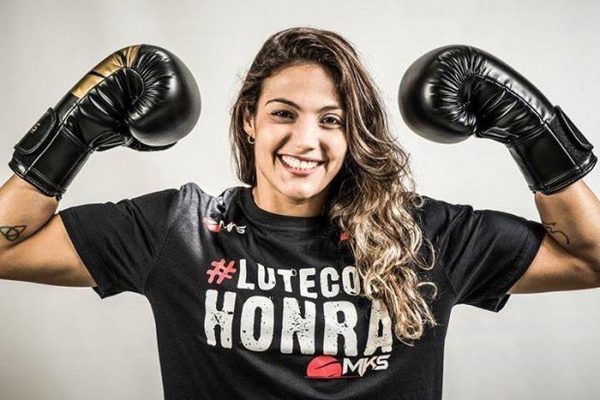 Fighting for a major organization has made Poliana Botelho ineligible for regional rankings.

She debuted in MMA in 2013, scoring two first round TKO wins over Thais Raphaela and Ingrid Shwartz.
In 2014, she fought for the Bitetti Combat women's flyweight title against future XFC champ Viviane Pereira and lost by unanimous decision, but later she signed XFC and joined the Women's Flyweight Tournament.

In her first fight inside the hexagon, she had an amazing performance knocking out Karina Rodriguez with a spinning kick to the body at XFCi 6, advancing to the tournament semifinals.

She was scheduled to fight against Taila Santos in the XFCi 8 in one of the semifinals, but Taila didn't make weight and Poliana advanced to the tournament ifinals against Antonia Silvaneide in the XFCi 9, and won by first round knockout, becaming the XFC Women's Flyweight Tournament Winner.

After a lot of requests by Botelho, XFC scheduled her in the main event against Argentina's Silvana Juarez in the XFCi 11 for the XFC Women's Flyweight Title. The fight was incredible, Poliana was dropped in the third round and almost got submited, but she came stronger in the 4th round with some impressive kicks and won by doctor stopage at the end of the 4th round, becoming the XFC Women's Flyweight Champion of the World.

Actually, Poliana is scheduled to fight Pearl Gonzalez at UFC 216