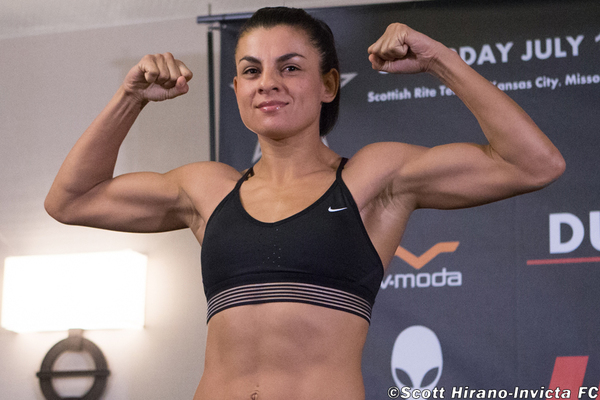 Fighting for a major organization has made Karina Rodriguez ineligible for regional rankings.

Karina Rodriguez (born August 28, 1985) is a Mexican mixed martial artist and competes in the flyweight division of the Invicta Fighting Championships. Rodriguez was born in Puebla, Mexico. She was an active child and participated in swimming, basketball and volleyball. She started training in jiu-jitsu and boxing prior to transitioning to mixed martial arts in 2012. Rodriguez fought under Xtreme Kombat, XFC International and Xtreme Fighters Latino in Mexico and amassed a record of 4-2 prior signed by Invicta Fighting Championships.
Rodriguez made her Invicta debut on March 28, 2018, against Barbara Acioly on July 15, 2017 at Invicta FC 24: Dudieva vs. Borella. She won the fight via technical knock-out in round one. Her next fight came on December 8, 2017, facing Christine Ferea at Invicta FC 26: Maia vs. Niedzwiedz. She won the fight via unanimous decision. On March 28, 2018, Rodriguez faced DeAnna Bennett at Mizuki vs. Jandiroba. At weight-in Bennett weighted 1.9 Ibs over the flyweight limit of 126 Ibs and was fined 25% of her fight purse to Rodriguez. She lost the fight split decision. Karina won her next two fights and then lost to Vanessa Porto by Unanimous Decision.