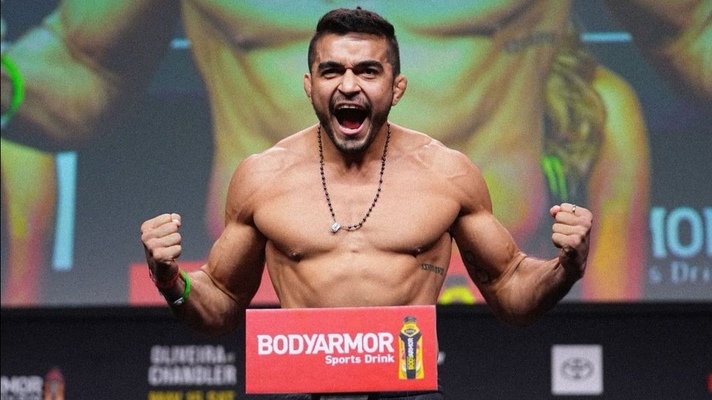 Fighting for a major organization has made André Muniz ineligible for regional rankings.


https://www.youtube.com/watch?v=bn1QxlwRAHs
*BIO: André Muniz de Aguiar, better known as André Sergipano or, quite simply, Sergipano, is a Brazilian
fighter in mixed martial arts - MMA (mixel martial arts), 2 dan black belt in jiu-jitsu and muay thai
Prajied dark blue. Sergipano is a married physical education professional with two daughters.
Minor from the town of Montes Claros, I practice martial arts thereafter. Currently, he trains and
represents the Tatá Fight Team - TFT. Owner of the Bitetti Combat belt, Sergipano has had a successful
career and considered a big name in national MMA. In 2019, it starts with a victory at the UFC.


André has been training jiu-jitsu since 2003, trained by Graice Barra and teacher Marcos David de
Oliveira. He won the black belt at the age of 21 in 2011, and is now 2 dan, he is also a certified
teacher by CBJJ / IBJJF and represents the TFT team under the orders of Professor Francisco Otávio
Teixeira Duarte. Six times champion of Brazil by different organizations, he was also Pan American
champion and two-time World Cup champion, he was state champion and he also collected several regional
titles.