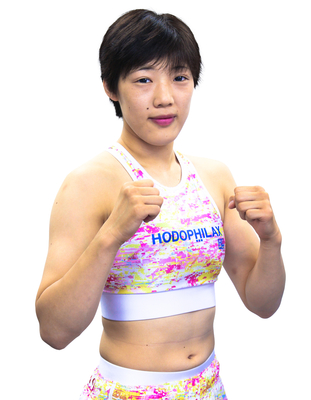 Fighting for a major organization has made Seika Izawa ineligible for regional rankings.

Seika Izawa Is a Mixed Martial Artist competing in RIZIN's Atomweight Division, she began her martial arts journey at the age of four when she picked up Judo alongside her brothers, she then began practicing wrestling in 4th grade. She Is the current DEEP Jewels Strawweight champion, and RIZIN Atomweight Champion
Izawa would transition to MMA in June of 2020, and would have her first professional bout only 4 months later as she would take on Mika Arai at DEEP Jewels 30.  She would win the fight via unanimous decision.
In her second fight she would take on the DEEP Jewels Strawweight champion, Miki Motono, In a non title fight. She would defeat Motono by Unanimous Decision, earning herself a rematch, this time for the Strawweight title. Izawa would earn the first stoppage win of her career as she submitted Motono with an armbar In the first round to earn herself the DEEP Jewels Strawweight Title.
Izawa would then fight Si Woo Park at DEEP 104 In her Atomweight debut, the fight was a close back and forth but Izawa would edge out the 3 round decision to improve her record to 4-0. Izawa's next fight would be another non title fight against arguably the greatest Atomweight of all time, in Ayaka Hamasaki, In her RIZIN debut on their New Years Card 2021. Izawa would upset Hamasaki in the second round when she stopped her with ground and pound after landing some nasty up kicks earlier in the fight.
Her win over Hamasaki would earn her a rematch, this time for the title. Izawa would out grapple Hamasaki to earn herself a decision win this time and capture the Atomweight title. Izawa's first defense will be against 7-0 Laura Fontoura, in the opening round of the Rizin Atomweight GP at the end of July 2022.