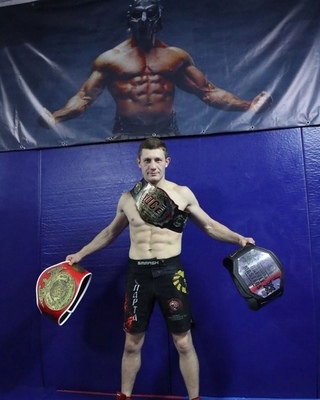 Repeated champion and medal winner in Wushu-Sanda and kick-boxing. Champion of all-Russian and international tournaments in mixed martial arts "Ose" 2016,2017, 2018.

Winner of the tournament "Wars of Steel" in Volgograd.

Winner of the professional tournament for MMA "Battle for Tula" in 2018.

Silver medalist of the Central Federal District in the SBU MMA in 2018.

Participant of the Russian Cup in MMA in 2018.

Exit to the ring / octagon: Ivarelly - Fast and Sad (Remix)