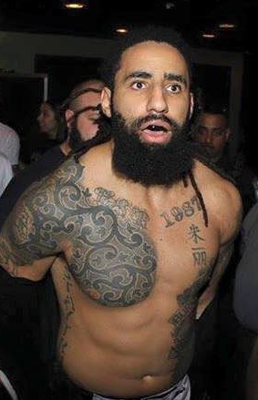 A former All American when playing Division I College Football at Murray State, Austen Lane switched over from the NFL to MMA following his retirement from football in 2015.  From there, Lane put together a respectable Amateur MMA record at Heavyweight, winning all five of his fights by first round knockout.  Lane then made the transition from amateur to pro in 2017, making his pro debut on April 1st against fellow debutante John Darling, which Lane won by first round knockout.  Lane would proceed to win his next three fights by the same manner.  Lane's success would land him an opportunity to fight for a UFC contract, as Dana White booked him to face another former NFL player in ex Cowboys Defensive End Greg Hardy on Dana White's Tuesday Night Contenders for June 12th.