Chang Min Yoon defeats Bala Shetty via Submission at 4:16 of Round 1 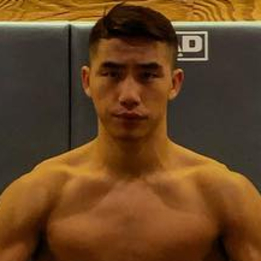 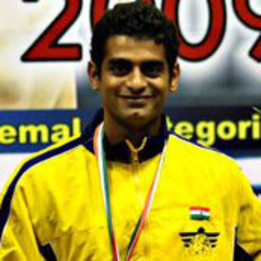 "The Big Heart" "The Tulunad Warrior" 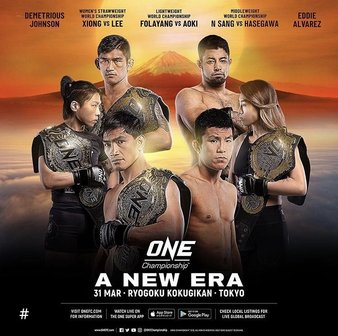 ONE Championship: A New Era
"The official Tapology discussion thread for the event!" (2 years, 7 months)

I agree free. That’s a lot of weight. He lost to Nick Thompson in Bodog the 170 back in the day before going down and putting himself on the scope in Dream.

fish, I agree as a diehard fan of his but I get it too. He got probably his last huge contract. Again, he’s at that age and mileage level. I know you’re not a fan of his but he’s beaten every league ps champ in his Prime (other than Pride but I’m counting Dream since they were bought out) when he avenged his Aoki and Chandler loss then won the UFC title.

I see him changing his style to more conservative or tentative at times. 2xNCAA champ said it best when he said about his opponent wrestling not lose while he was wrestling to win. Most time the guy fighting to win, not to just not lose will win.

Someone just posted this elsewhere but I thought you guys would get a kick outta it:


“Hey guys, first and foremost congrats to Timofey in his victory. He is very deserving of everything that comes with victory and I wish him the best in the continued tournament.

Honestly speaking, how I fought my One Championship debut is not a reflection of my training my coaches, my team— it’s not even a reflection of my beliefs. I am sincerely disappointed and confused in my inability to not pull the trigger and my hesitancy on recent fight nights. It’s been quite confusing to figure out the past year or so.

Coach Mark [Henry] always stresses “Hesitancy is death” and it’s not something that is even in my character to do. In this particular fight, I waited too long for an opening and paid the ultimate price. The punch that hit me, instantly blinded me and split both eyelids in half. It felt like my eye exploded from the inside and the pain was instant.

From an outsider watching myself I should of have expected the result considering my actions. You have to punch, kick, takedown and pressure to win a fight. I waited . I simply waited too long for the correct timing and opening that never came.

Fighting continues to teach me life lessons [through] my victories and even more through tough defeats. Victory and defeat are by products of putting it on the line, they have been inescapable throughout my whole life. I hope to be judged on how I adjust and pivot from defeat and behave in victory rather than the result of a small moment in time.”