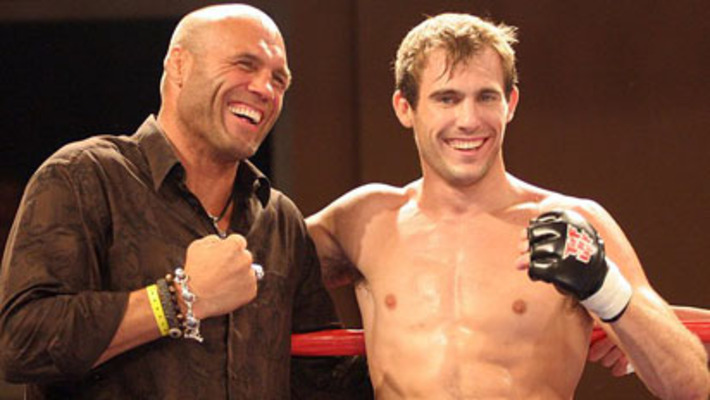 Ryan Couture is ineligible for regional rankings due to inactivity.
Fighters must have at least one completed MMA bout in the past two years to be ranked.

Ryan Couture is a lightweight fighter currently signed by Strikeforce, where he has fought all of his professional fights. With Randy Couture as his father, it is no surprise that he has a wrestling background. While wrestling for Woodinville High School, he placed third in the Washington State 4a wrestling championship during his senior year. After high school, he attended Western Washington University where he got a degree in Mathematics. Before he began fighting professionally, Ryan worked at a bank. He currently trains at Xtreme Couture with his father in Las Vegas, Nevada.

Couture ended his amateur MMA career with a 5-1-1 record, having finished all five of his wins by submission. He would sign with Strikeforce to make his professional debut, defeating Lucas Stark by triangle choke. He would win his next fight for the promotion before dropping a decision to Matt Ricehouse. Ryan would bounce back with close decision wins over Maka Watson and Joe Duarte and a knockout victory over Conor Heun. He was next slated to take on KJ Noons at Strikeforce's final event. This fight was the biggest test of his career and determined weather or not he would be picked up by the UFC after the dissolution of Strikeforce. In a very exciting and back and forth fight, Couture was able to pick up a controversial decision.

Couture would then get his UFC debut against Ultimate Fighter winner Ross Pearson at UFC on Fuel TV 9. Things wouldn't go well for Couture as he was finished by TKO in the second round handing him only his second loss. He would follow that up with another loss to Al Iaquinta at UFC 164, losing the fight by decision. After 2 straight losses for Couture it remains to be seen what his future will be for the UFC.