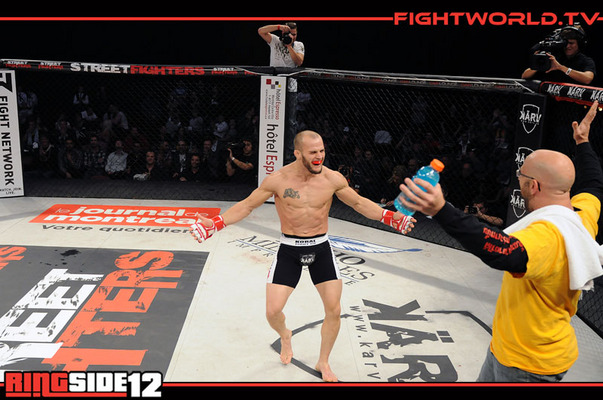 Mitch Gagnon is ineligible for regional rankings due to inactivity.
Fighters must have at least one completed MMA bout in the past two years to be ranked.

Born in Sturgeon Falls, Ontario, Canada Mitch Gagnon is a currently a UFC fighter in the Bantamweight division.  Mitch spent his entire pre-UFC career fighting in the province of Quebec amassing a record of 8-1 with all 8 of his wins coming by way of submission.

In July of 2012 Mitch made his UFC debut in front of his home country at UFC 149 in Calgary, Alberta against Ultimate Fighter vet Brian Caraway.  In a spirited affair which both fighters were awarded fight of the night Gagnon eventually tapped to a rear naked choke in the 3rd round.

The great effort earned Mitch another shot just 3 months later as he took on Walel Watson at UFC 152 in Toronto, Ontario.  This time around Mitch was able to showcase his submission skills as he was able win by rear naked choke in the 1st round.

The Watson fight would begin a 4-fight winning streak for Gagnon. His wins would come via submission over Dustin Kimura, via decision over Tim Gorman and another submission over Roman Salazar.

Having improved his record to 12-2, Gagnon was awarded the largest fight of his career against former UFC bantamweight champion, Renan Barâo. The fight was set to take place at UFC Fight Night 58. The first two rounds were back and forth and were closely contested. In the third round, the former champion would go on to submit Gagnon via arm-triangle choke.