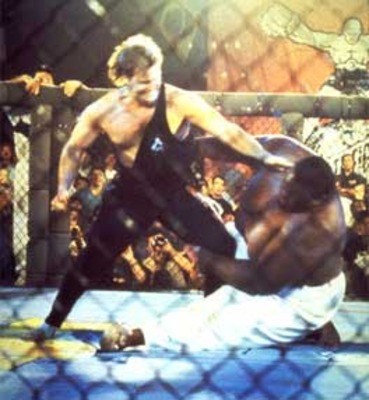 Keith Hackney is ineligible for regional rankings due to inactivity.
Fighters must have at least one completed MMA bout in the past two years to be ranked.

Keith Hackney, a second degree Black Belt in Taokwondo, is one of the UFC’s earliest pioneers, remembered fondly by old-time fans for his tremendous fighting spirit, his limited martial arts skillset, and his somewhat impoverished sense of fashion.

Hackney made his UFC debut in 1994, defeating the 618-pound sumo wrestler Emmanuel Yarborough by TKO due to strikes in the first round of their UFC 3 bout. Hackney earned the nickname “The Giant Killer” from fans and commentators after the fight. Hackney went on to win his next fight against future “Austin Powers” actor and alleged gang rapist Joe Son via repeated (and often replayed to this day) groin strikes in the first round.

Hackney retired from active competition in 1995 after consecutive submission losses to Royce Gracie and Marco Ruas.