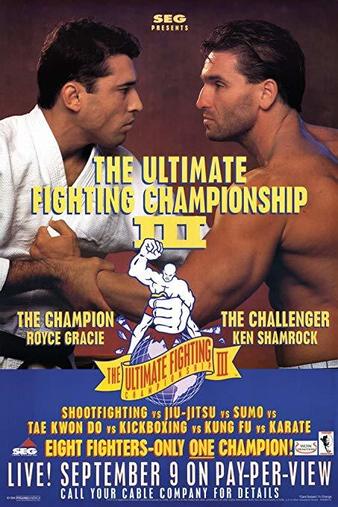 After UFC 1 and 2 had gone off largely without a hitch in terms of injuries or fighter withdrawals, UFC 3 marked the first time that the negative aspects of one-night, single-elimination fighting tournaments became apparent. After dominating the competition in the first two UFCs, as well as pushing past tough competitor Kimo Leopoldo in the UFC 3 quarterfinals, Brazilian superstar Royce Gracie was forced to withdraw from the tournament, citing fatigue. Additionally, Ken Shamrock withdrew from his finals match-up with Canadian Harold Howard due to injury—though some have speculated that he had no interest in fighting anyone other than Gracie in the finals—giving alternate fighter Steve Jennum the opportunity to win the tournament by stopping Howard in his only fight that night.

Following Jennum’s unforeseen win in the UFC 3 tournament, the UFC instituted alternate qualifying bouts in subsequent tournaments to balance out fighter fatigue and level the playing field for all tournament competitors. Remembered less today for the win by Jennum, UFC 3 is better remembered for having both fighters featured on the event poster (Gracie and Shamrock) forced out of the competition.

Little known fact:Keith Hackney actually had to fight UFC 8 fighter Thomas Ramirez to get into this event.